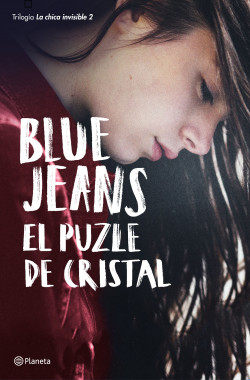 Category: Children & YA | Crossover & YA
Synopsis:

Julia’s not the same after the explosion at the subway station. She’s become an insecure, sometimes insolent girl who finds it hard to feel motivated to enjoy life like she did before. Things have also changed for Emilio. The young man with blue hair is full of doubts about his immediate future. What’s more, he meets someone very special, who will make him rethink his situation. Vanessa, for her part, was the person in the group most affected by the explosion. Is that what’s affecting her relationship with Ingrid?

On the first Tuesday of January of the new year, Julia receives a disturbing and unexpected call. Hugo Velero, one of Iván Pardo’s flatmates, tells her that the boy with the eyebrow piercing has disappeared. Ivan told Hugo a lot about her intelligence and deductive ability, so he now asks Julia to help him find him. The young woman, in principle, thinks it’s a joke and doesn’t accept the request. But, by chance, her grandmother Pilar, a dear and curious septuagenarian, with the same mental capacities as her granddaughter, lives near the building that is now the home of the young man she was in love with and about whom she hasn’t heard anything in a few months.

Julia decides to spend a few days with her grandmother in the city to find herself. However, it will not be a quiet visit. And death will again appear in her life.

A strange disappearance, a mysterious crime in which everyone looks suspicious and a crystal puzzle cross the path of the girl with a prodigious memory.

The Crystal Puzzle is the much-anticipated second part of the trilogy, The Invisible Girl.

Other titles of the author