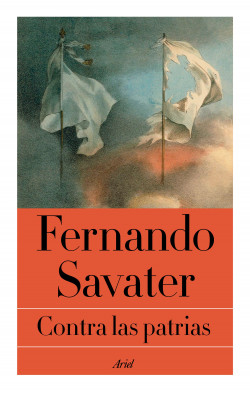 Against fatherlands means: against the collectivization of violence, against forced consensus, against prefabricated national identities, against the employment of cultural traits as the basis for statist policies, against egotistical navel-gazing while insulting the other, against bloody symbols like flags, hymns, and martyrs, and against the ridiculous craze for borders.

Against fatherlands, but for people, different but equal; for cultural traditions each of us is free to recreate as we see fit, for linguistic freedom, for exile and rootlessness, for federalism, for antimilitarism and the condemnation of faux-patriotic saber-rattling, and above all, for cosmopolitanism, which was and remains the one true grand idea of progressivism ever since Democritus announced in ancient Greece that “the fatherland of the wise is the whole world.”

Other titles of the author